Home ENTERTAINMENT NEWS “Wizkid’s Essence Must Win Song Of The Year At The Grammys” –... 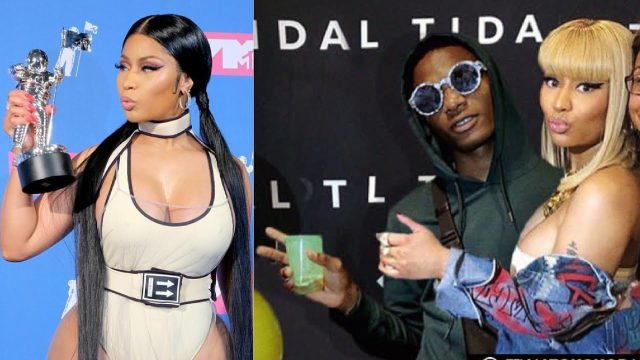 Nicki Minaj and a group of prominent American artists have launched a campaign to help Nigerian musician Wizkid win a Grammy this year.

Nicki Minaj was a guest on Joe Budden’s show, where she discussed why she believes Wizkid should win Song of the Year at the Grammys.

But Budden was the first to bring up the subject, drawing Nicki’s attention to the Grammy board’s hidden objective of marginalizing African artists that push boundaries with their music.

He believes there should be no debate about Wizkid being nominated for song of the year at the Grammys in 2022 because he deserves it.

They argue that at the 2022 Grammys, the Grammy Board should acknowledge Wizkid’s song “Essence,” which features Tems and Justin Bieber, as Song of the Year.

Nicki Minaj agreed, adding that it’s past time for the black community in America to organize their own Grammy board to promote black artists that deserve to be nominated and recognized.