Home ENTERTAINMENT NEWS Reggie Rockstone Finally Explains Why He Got Furious When His Wife Flirted... 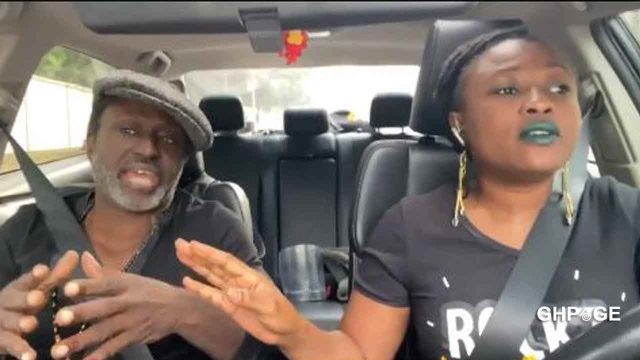 Hiplife Grandpapa, Reggie Rockstone, claims it’s not true that he doesn’t trust his wife after seeing a video of him questioning her about her relationship with another guy.

The star was furious in the video, accusing his wife of openly flirting with one of their foreign clients who had come to their restaurant to eat right in front of him.

Despite noticing Zilla’s wedding band, the man in question proceeded to flirt with her in front of Reggie, causing him to get enraged.

During an interview with Abeiku Santana on OkayFM, he justified his behavior.

I dial my wife’s number… nobody… We’re almost 20 people deep, so if I’m worried, it’ll be because… “I’m not insecure; I’m a very secure man, and a little jealousy is healthy for the kids to see how much you appreciate your wife,” he explained.

Meanwhile, Reggie has requested certain social media users who are blabbering about his jealousy to leave him alone because he had to observe a man flirt with his wife, something some men can’t handle.

“They wrapped my girl in front of me while I sat there.” Everyone said you’re envious because I was holding on to her. You weep even while you’re on your girl’s phone. My phone has no code in my residence, and my computer also has no code.