Home ENTERTAINMENT NEWS “Filling A Stadium In Ghana Is Nothing To Be Proud Of” –... 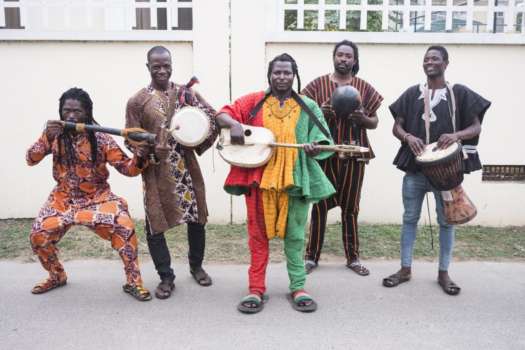 According to Kologo Musician King Ayisoba, filling stadiums in Ghana, particularly as a musician, does not automatically make an artiste a champion.

According to him, what makes artists is their capacity to be acknowledged internationally and perform in front of non-Ghanaian music fans.

“Gadam needs to study. He’s still figuring things out. I don’t mimic and perform live. These youthful musicians require guidance from the elderly on how to communicate and the type of music they create. There are shows in other countries that will flatly refuse Fancy Gadam.

You don’t become a champion by filling a stadium. A champion is someone who sells out events all over the world. In Ghana, I was named artiste of the year, and my music has taken me all around the world. So, if you want to be a champion, you should follow in my footsteps. tour and perform live instrumentals. It’s not about the number of people in the stadium. I don’t try to make an impression on people in one spot with my music. I want to be like Bob Marley so that my name will be remembered long after I’m gone.

Over the years, Fancy Gadam, Macassio, and other Northern Region artists have boasted about their ability to perform in front of a large crowd.