Home NIGERIA “Burna Boy Will Remain Africa’s Best Until I Pick Up My Mic... 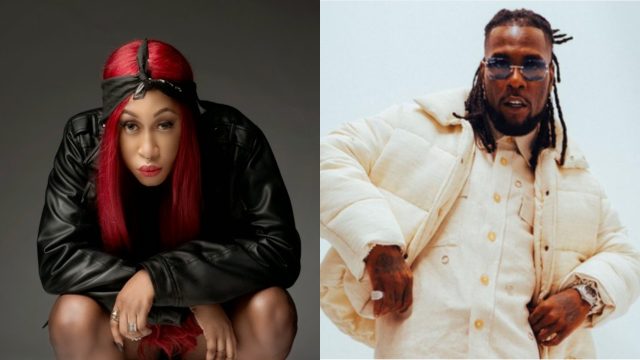 Cynthia Morgan, the Nigerian dancehall singer, has named her colleague Damini Ogulu, aka Burna Boy, to be Africa’s biggest musician.

Cynthia Morgan, whose career took a tumble roughly 6 years ago due to irreconcilable differences with her management, which is controlled by Jude Okoye, a music executive and video director, took to her Instagram account to praise Burna Boy.

Cynthia Morgan claims that the Grammy winner was her sole choice for a feature, which caused a rift between her and her manager, Jude Okoye.

She stated that until she picks up the microphone again, Burna Boy is the best and greatest performer in Africa, and she distanced herself from any attempt to defame Burna Boy.

“To me, burna boy was the biggest artist in Africa when I picked him for simatinya video and I remember almost losing my record deal with Jude Okoye’s label for standing my ground that it was only burna boy I wanted and no one else.

I know a lot you love living in lies either due to tribalism or personal hatred but please I never wanted to see my name in a sentence that has to do with a Burna Boy slander. He is the best and biggest artist in Africa till I pick the mic again”

READ ALSO 👉  Burna Boy Gifts A Young Man $3,000 And A Free Verse After He Kissed His Feet (Video)