Home ENTERTAINMENT NEWS “I Will Buy A New House With The Donations From My Father’s... 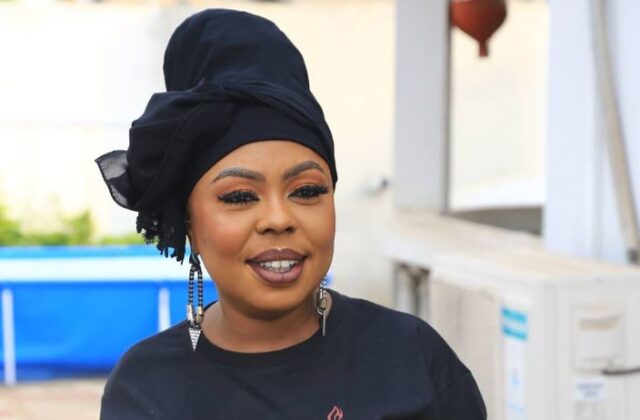 Afia Schwarzenegger has slammed critics for claiming that she wants to buy a Range Rover with the proceeds from her late father’s burial.

Not long after Afia Schwarzenegger’s late father’s one-week observation, her rival, Nana Tornado, slammed her for turning the occasion into a profitable effort in a viral video.

Tornado said at the time that Afia had made enough money from her father’s event that she could even buy a Range Rover with it.

I applaud you for orchestrating the one-week ceremony so meticulously and tactically. From wherever you are, you must be beaming because you have finally obtained what you desired. You’ve collected enough donations and are joyfully counting the cash in your room. Since you have no size, I salute you. You had everything so perfectly planned out, and your father even died at the perfect moment. From the looks of things, you’ll be able to get a Range Rover out of it, “Tornado previously remarked.”

However, after burying her father on March 12, 2022, Afia Schwarzenegger, who had been mute the entire time, decided to finally speak to Tornado.

In the presence of her gang, Tracy Boakye and Diamond Appiah, hurling insults at Tornado while declaring that she intended to use the money to develop an estate rather than buy a Range Rover.

Ghanaians I appreciate all you’ve done for me. All of you have made me proud. However, I overheard some folks remark that I’d use the funeral funds to purchase a Range Rover. They were spreading so much misinformation and vitriol about me. I had no idea you had such a terrible vision, but I’m not shocked because impoverished people like being dumb. Instead, I’ll construct a mansion. My pals are in the real estate business, so it’s not an issue for me. I’ll create a house for my enemies to rent, including you. “