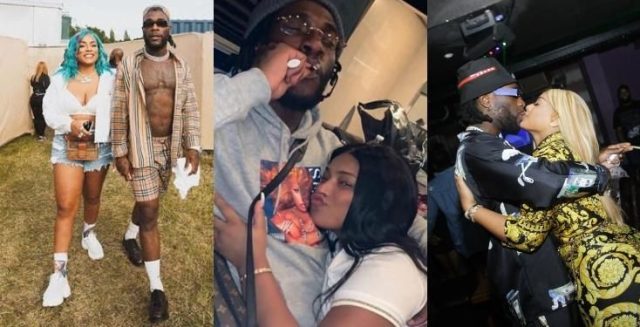 Stefflon Don, the British rapper, has given fans a hint as to why she and Nigerian musician Burna Boy split ways.

Last year, the media was inundated with rumors about their breakup, but they stayed quiet and refused to tell the world what was going on with their relationship.

Things finally fell apart as the shaky foundation of their relationship crumbled, but we never heard from them since they did not publicly proclaim it.

If there’s any indication that the couple is no longer together, then this video speaks for itself. Stefflon was shown engaging with a gorilla, Burna’s trademark animal, in the video, and she stated that she broke up with him because he did not provide her with the care and attention she required.

The rap artist then shifted the camera to the animal, which was chewing on a carrot, and continued to declare that it was not paying attention to her, which was unacceptable.