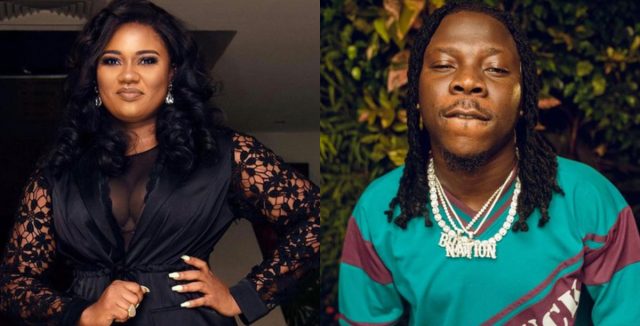 Abena Korkor said in a tweet that she is now experiencing hardships and that she would want to share some of her woes on social media by updating her list of Ghanaian male celebrities who have sampled her honey pot.

Abena Korkor had already gone off the rails against certain Ghanaian men from diverse sections of society who had slept with her and mistreated her mental health. She mentioned names like Sammy Awuku, Kojo Yankson, Lexis Bill, Eugene Osafo Nkansah, and others.

Her social media outburst drew a lot of emotions, with many people concluding that her actions were signs of mental illness. She sought therapy, but it appears that Abena is still depressed, as she continues to criticize other guys on social media.

Abena Korkor’s list has been added to by Abena Stonebwoy, one of Africa’s most well-known musicians, as she described her intimate encounter with him as “wack.”

Taking to her Twitter page, she wrote; “We share what we have! I am miserable so I will share my misery. When u can’t harm yourself provoke people so they can harm you. Serial killers wish they could kill themselves but not courageous enough so they kill other people. @stonebwoy your sex is whack !