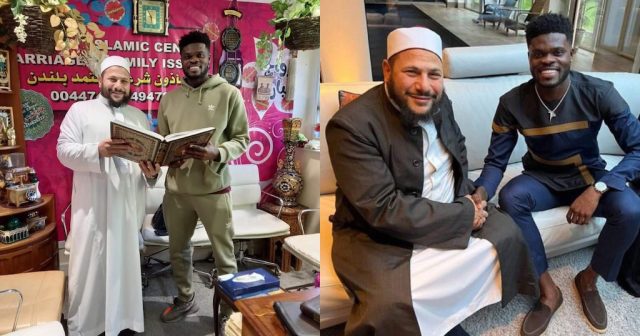 After months of studying Islam at his base in England, Ghana and Arsenal midfielder Thomas Partey is said to have converted to Islam.

The 28-year-old has yet to acknowledge his conversion to Islam, but rumors on social media claim he is now a Muslim. In a photo obtained by Dklassgh.com on Twitter, the deputy Black Stars captain is seen with an Iman, indicating that he embraces the faith.

The reason for his conversion has yet to be revealed, but information received indicates that Partey is seeing a Moroccan woman, who might be the driving force behind his choice to convert.