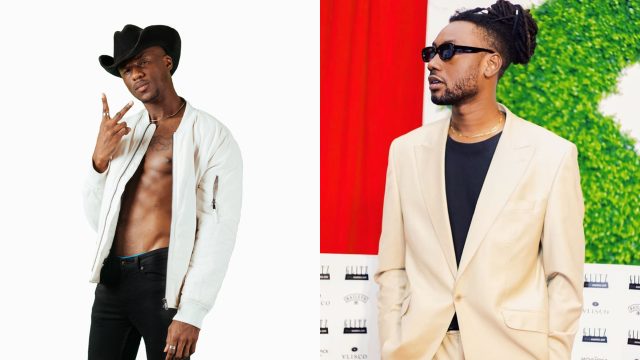 Jason Gaisie, better known by his stage name Pappy Kojo, the Ghanaian rapper, has now revealed the cause of his unexpected breakup with his longtime comrade, Joey B.

Pappy Kojo and Joey B were formerly two of Ghana’s top duos, despite the fact that they never officially formed a group. It was assumed that they were close friends and planned to do more together based on their chemistry.

For whatever reason, the two broke up and were never seen performing music together again. This definitely had an impact on their followers and everyone else who appreciated their collaborations.

Pappy Kojo eventually gave his side of the story on Twitter Space, explaining why he is no longer friends with Joey B, despite the fact that he would gladly work with him if he were hired.

According to Pappy Kojo, many people assumed he wouldn’t be able to make it in the music industry without Joey B, so he decided to prove them wrong by becoming a solo artist, which he is doing quite well at.

For reasons unknown to him, Joey B also requested Pappy Kojo not to be nice with other of their crew members, but after some time, he realized he had no reason not to be cool with them, and as a result of his disobedience, Joey B turned on him.

He also said that he had sobbed in front of his manager multiple times regarding his breakup with Joey B, whom he had known since he was 16 years old. On the other hand, Pappy Kojo stated that if Sarkodie approached him about working on a project with Joey B, he would gladly accept since he respects Sarkodie.