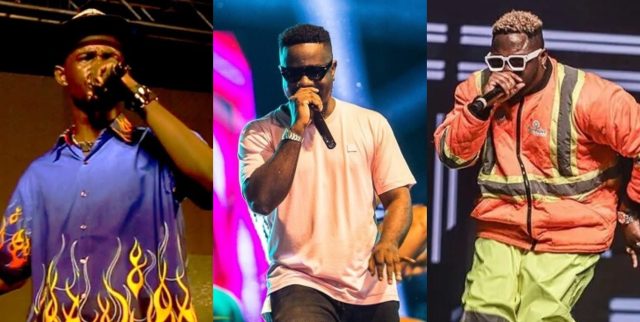 In 2010, Ghanaian rapper and entrepreneur, Michael Owusu Addo, known everywhere as Sarkodie, became the first and only artiste from Ghana to win both new artist and artist of the year at the annual Vodafone Ghgana Music Awards.

The Vodafone Ghana Music Accolades presented Sarkodie with five awards in 2010.  At the VGMAs, he won the most awards.

However, in 2016, Ghanaian rapper and husband of Fella MAkafui, Samuel Frimpong, known as Medikal, was on the verge of breaking Sarkodie’s record, but he couldn’t.

Medikal was one of the many artists tipped to win many awards, especially ‘New Artiste of the Year’ but to the surprise of many, he did not win even one of the seven categories he was nominated for.

However, Ghanaian prodigy, Sherif Ishmael Frimpong, has grabbed six nominations for the 23rd edition of the Vodafone Ghana Music Award. He is expected to win the best new act of the year and the almighty artist of the year just to break Sarkodie’s long unbreakable record.

You can check the nomination list for the 23rd VGMA Here