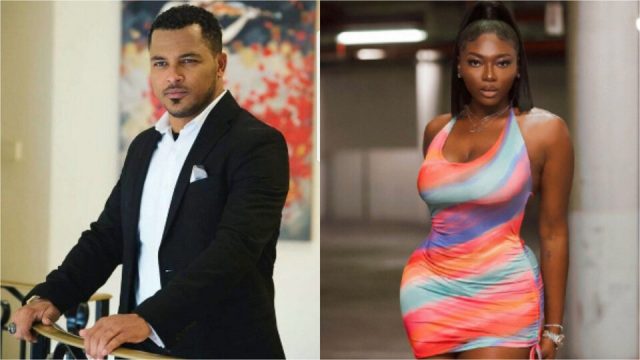 S3fa revealed how terrified she was when she had the chance to work with Van Vicker, and why shouldn’t anyone be afraid to collaborate with him.

When Van Vicker posted a video of S3fa telling him why nobody should be afraid of him since he’s just as human and cool as everyone else when he got the chance to perform in a skit with her and Nasty Blaq,

She responded by asking why doesn’t anybody feel bashful when they see how attractive and calm he is, and that alone made her anxious about working with him, and we believe she was starstruck when she met him.

Based on the films we’ve watched, Van Vicker is a really cool man, and with S3fa confirming that to us with how attractive he is, he’s not only good-looking and cool in movies and videos, but also in person, and we can see why she’s bashful.

Van Vicker has to realize that he is most celebrities’ favorite, so meeting him for the first time would elicit feelings like S3fa’s, and she was even brave enough to tell him she was afraid of him.