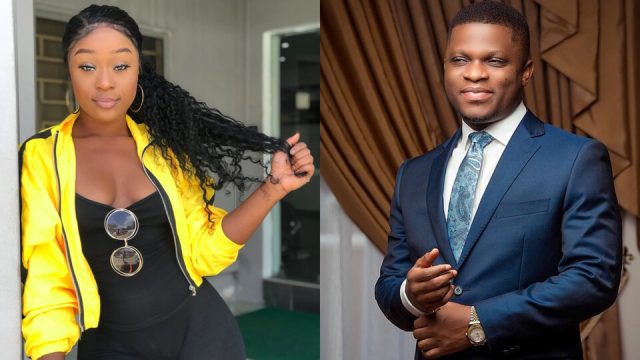 Andrea Owusu, popularly known as Fia Odo, maintains she is not aligned with any political party in Ghana, despite the fact that she could listen to the National Democratic Congress’s current National Communications Officer talk all day.

In a series of interviews, Efia Odo, a major member of the Fix The Country campaign, declared that she was unaffiliated with any political party and simply wanted the nation to develop.

Her provocative statement this morning raised a lot of questions, with many people wondering how you can claim you’re not associated with any political party yet listen to a member for a day.

However a Twitter user asked her, How can you say you don’t like Reggae Dancehall music but you like Stonebwoy en music? How can you say you don’t like football but you support Chelsea? and in response, she replied I like some of sista Afias songs but I don’t fuck with her. Does that make sense now? I like how white guys look but I’ll never fuck one, you gerrit now? Don’t blame Sammy Gyamfi for being handsome and intelligent. NPP lacks handsome intelligent men.