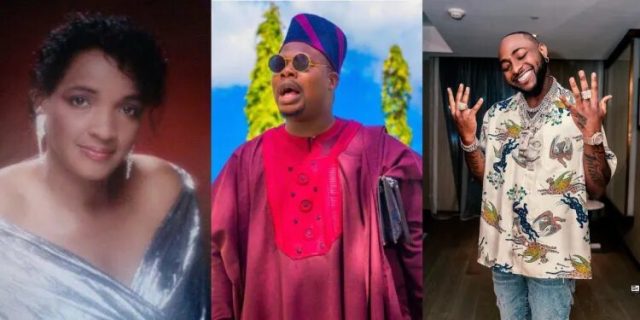 Following his mother’s purchase of the phone for Mr. Macaroni, Davido claims that she informed him that if he meets her son in the future, whether he becomes more than him or her kid becomes greater than him, they should share a similar tie.

This comes after Mr. Macaroni stated that Davido’s father, Dr. Adedeji Adeleke, made a kind gesture to him when he was accepted into the institution a few weeks ago.

When he was set to start university, he received his first laptop from Davido’s father, according to him. Given how helpful Davido’s father has been to him in the past years, Macaroni claims he inherited the act of giving from him.

Mr. Macaroni appears to have benefited greatly from the Adeleke family, from financial assistance to morality, as Davido also indicates that the former had a special relationship with his late mother.