Home ENTERTAINMENT NEWS “I Should Have Been Nominated For The Artiste Of The Year, I... 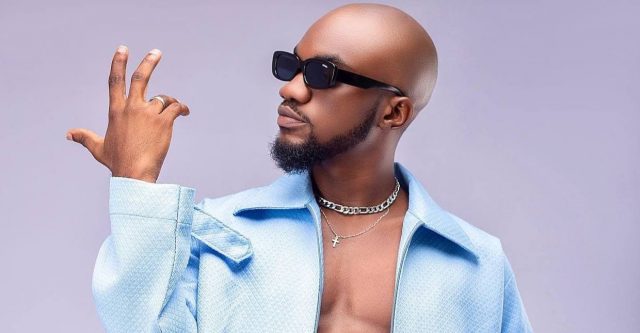 Mr. Drew believes he should have been nominated for the VGMA’s prized Artiste of the Year award.

According to the “Mood” hitmaker, the organizers of the awards system should have given him more credit for his achievements in the previous year.

In an interview on DayBreak Hits with Andy Dosty on Thursday, March 24, 2022, he remarked, “I feel like I should have been on the album/EP of the year, male vocalist and artist of the year.”

He claimed that every song on his “Alpha” album was a smash, and that it should have been nominated for Album of the Year.

However, PRO of VGMA, Robert Klah, explained why Mr. Drew’s “Alpha” was not chosen for the Album of the Year category, saying that being nominated for the category includes more than having successful songs.

“It’s not so much about the music as it is about the experience.” It was combined this year. album and EP. Hit songs and/or production quality are among the factors we consider… To be able to evaluate a solid match for the category, it takes a mix of the two.

Mr. Drew was reportedly “shocked” that he had not been nominated for Male Vocalist of the Year.

Despite this, he stated that he was “not at all dissatisfied” because he garnered more than five nominations.

This is because he feels he can do more in the coming years, and if his effort is not properly recognized now, it will be highlighted at future VGMAs.

“I’m just on the lookout for bigger and better things.” I believe there is more I can do. It doesn’t seem to be a big deal to me. Regardless, we will continue forward. I’m the type of person that is always thinking about the future and what I can do to improve myself. At the end of the day, there will be more VGMA shows, and you will always have the opportunity to prove your critics wrong. As a result, I don’t believe that is an issue.