Home ENTERTAINMENT NEWS Nigerian Broadcaster In Tears After Discovering He Is Not The Father Of... 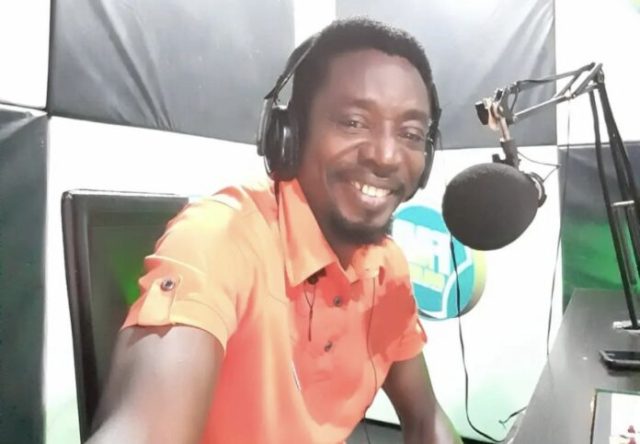 Kanedrick Kingsley Agwu, nicknamed Fada Kane, a Nigerian radio star, has surprisingly posted details of a DNA result on Facebook, revealing that he is not the father of his two children.

Fada Kane, a member of the FAD93.1 FM Calabar team, discovered the discovery twenty years after he and his partner, Maryann Efa Duke, had their first child.

The Universal Forensics Corporation’s paternity test revealed that the broadcaster had a 0.00 percent probability of being the biological father of the children.

The OAP said on his Facebook page: “I, Kanedrick Kingsley Agwu, popularly known as Fada Kane, am not the biological father of Anthonia Duke and Paul Duke, as reported by one Miss MarryAnn Efa Duke.”

“I’ve included copies of my DNA and a court document to back up my assertions.” MaryAnn Efa and her family have the right to challenge the DNA findings in court, and I, too, have the legal right to sue for damages for such charges. “

According to a post on Peoples Gazette, Fada Kane revealed last week that he became a parent at the age of 16, which marked the start of his problems. He claimed he was kicked out of his parents’ home and had become a laughingstock among his relatives and friends.

Everything fell into place the moment my mother heard, “I am pregnant for your son.”I was just 16 at the time! At the age of 17, I was already an alleged father of two, and that was the start of this story. “I was kicked out of the house, and my family and friends were hurt and ashamed of me,” the broadcaster said on Facebook.

They made me guilty even when I was innocent. I recall the day one youngster screamed at me, yanked me by my shirt, and called me a lousy father. You want me to suck it in now, right? Fada Kane, upset, wrote, “For 20 years and some more years!”