Home ENTERTAINMENT NEWS “The Salary I Receive From Working In A Restaurant Abroad Is Far... 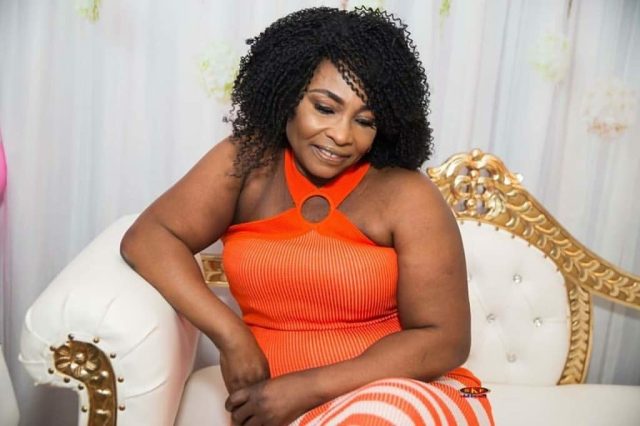 By the grace of God, Kyeiwaa, the Ghanaian actress, explains that someone in America found her a job at a restaurant.

Several of her former Kumawood actresses and actors videotaped and photographed her while she was in America.

They sent these images and films to Ghana, where they expressed their dissatisfaction with her new employment and how it did not match her. According to Kyeiwaa, these actors and actresses sit on TV and radio and critique her work.

People should stop slandering actress Kyeiwaa since they don’t know how much she was paid in Ghana, she argues.

People should stop slandering actress Kyeiwaa since they don’t know how much she was paid in Ghana, she argues.

She went on to say that the money she made as an actor was nothing compared to what she makes now in America. Her own people turned her down, claiming she had insulted multiple filmmakers, and she went five years without being cast in a film.

Ninja, she claims, was the only producer who claimed she had never insulted anybody.

Kyeiwaa claimed that her classmates believed she shouldn’t be cast in films because her acting days were over. As a result, she was enraged when the same people criticized her work in America.

READ ALSO 👉  I am not dead - Kyeiwaa debunks death rumours.

“I would have been killed if I still lived in Ghana,” Kyeiwaa says in the video. Stop slandering me because I work at an American restaurant. What is your objection if I prepare a banku and sell it? When I was performing with you, how did you treat me? It is difficult to find work at a restaurant in Ghana. Stop saying things about me that aren’t necessary, and let me live my life in peace. “