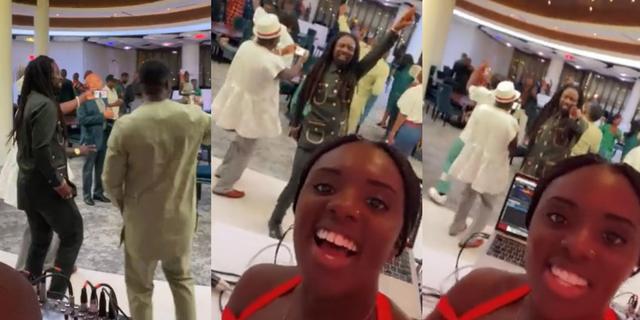 Thanks to DJ Akuaa, a Ghanaian DJ residing in the United States, who performed at Rocky Dawuni’s Grammy nomination celebration last night.

The 20-year-old’s song, “Kwaku The Traveler,” was performed during a reception arranged by the Ghana Investment Promotion Centre (GIPC) to honor Rocky Dawuni’s Grammy nomination in Las Vegas.

The music put Rocky Dawuni and others in the room in a jamming mood right away, as they danced to the song that had only been released three days before. The celebration was attended by some CEOs from the Recording Academy.

“There were some individuals from the business, CEOs from the Recording Academy, apart from certain Ghanaians like Denta Amoateng Guba,” said DJ Akuaa, who exclusively published the footage on social media.