Home NIGERIA Wizkid replies Banky W for saying he is disappointed he didn’t show up... 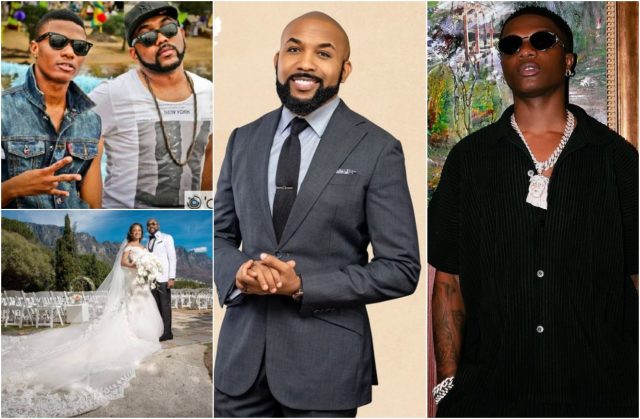 Nigerian music star Bankole Wellington popularly known as Banky W had expressed his disappointment at Wizkid for failing to turn up at his wedding.

Recall that Banky W and Adesua Etomi had one of the most talked about weddings in the entertainment space back in 2017.

In a recent chat with Ebuka Obi-Uchendu on the BlackBox interview series, the singer turned politician revealed that he was disappointed with the former EME signee for not showing up at his wedding.”

Was I disappointed that he wasn’t at the wedding? I was but I know he tried because there was a show with a lot of the artists…I think it was One Africa,” he said.”As a matter of fact Tiwa ended up…there was no business class and she took economy seat so she could make it. But he called at the time that he was so sorry.”

He also spoke about Wizkid’s contract with EME and how he made his exit from the record label easy devoid of drama.

He also said Wizkid left the label without fulfilling his part in the contract.

“I think it was a 5 album deal and he had done 2 solo albums… I think he still owed 3 more albums but he wanted to leave. And for me, that was enough because I don’t want anybody to stay where they don’t want to stay,” he said.

Wizkid, however replied his former label boss via twiiter where he wrote, “My answer to everything is Lol and Ok. Chop life abeg.”

He released two albums ‘StarBoy’ and ‘Ayo’ under the record label.