Home ENTERTAINMENT NEWS “I Wish I Had A Wife Like You, Please Are you Dating?”... 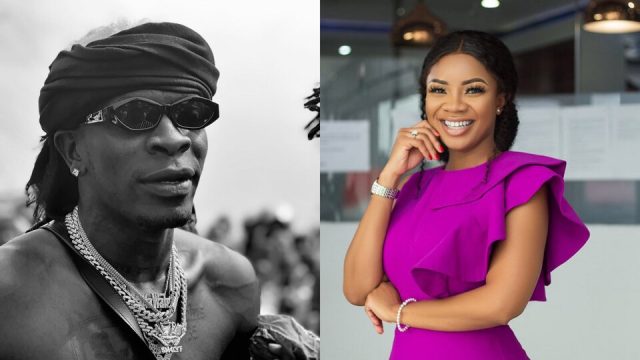 We reported a while back that Charles Nii Amah Mensah, popularly known in the entertainment world as Shatta Wale, and his new girlfriend, Elfreda, had broken up.

According to multiple accounts, Elfreda ended her relationship with the singer because he was overbearing, nasty, and aggressive toward her and others around him.

They also got into a heated argument after Elfreda allegedly tried to help Shatta Wale’s mother after she stepped out and said she was homeless.

Shatta Wale seems to be fed up with the single life, but meanwhile, he is fed up with dating, so he wants to go into marriage now like some of his colleagues. Posting a picture of Nana Aba Anamoah’s industry daughter, the Ayoo hitmaker captioned:

I wish I had wife like this ,hard working and strong in my line of business so we grow together 😍 💡🤍@serwaaamihere .. pls are you dating ?🙏💋🎈❤️🥰🥰🍻