Home NIGERIA How karma finally caught up with May Edochie after snatching Yul from... 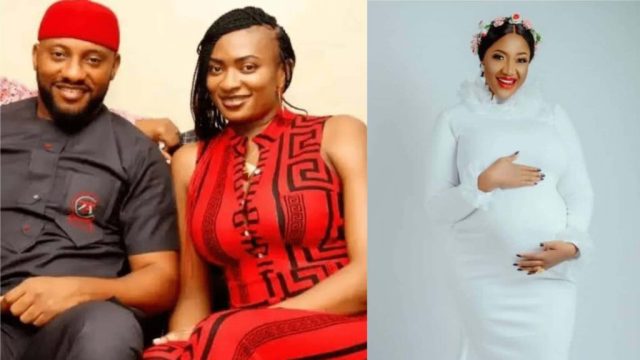 After the disappointing news that her husband has secretly married a second wife, actor, Yul Edochie’s first wife, May, has been mocked by a lady on social media.

Yul Edochie who is married to May Edochie with 4 lovely kids (3 boys and a girl) also welcomed a bouncing baby with Judy.

“It’s time for the world to meet my son.
His name is STAR DIKE MUNACHIMSO YUL-EDOCHIE. Born by my second wife @judyaustin1. And I love him so much, just as much as I love my other children,” he had announced to the world.

This shocked and angered many who took to social media to slam Yul Edochie for disrespecting his wife.

However, a certain lady on social media is not taking sides with embattled May Edochie as the lady has stated that she deserves the emotional trauma she is facing.

According to the unnamed lady, May’s case is that of Karma because during their University days,  May Edochie stole Yul from her roommate and got pregnant for him.

“Yul’s wife snatched him from her roomie in Uniport. Karma came knocking after 20 years. She carry belle and Yul married her. That’s why they have a grown up kid.

Now Yul moved to another lady. She’s forming victim. Did she really care about her roomie when she carry belle? When people say karma don’t exist, I just laugh”.