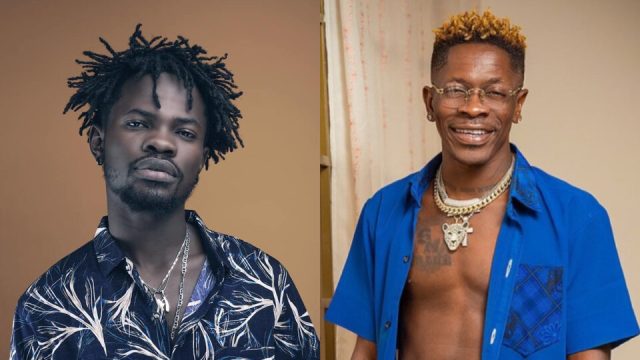 Ghanaian singer and rapper, Peter Famiyeh Bozah, known by the stage name Fameye, has reacted after dancehall musician Shatta Wale lent his support to him.

It could be recalled that Shatta Wale on social media posted about how talented Fameye is and, thus, his fans should stream his Son of Peter album.

According to the twitter post by Shatta Wale, he is only supporting Fameye because if he does win, he also wins.

READ ALSO 👉  Video: Shatta Wale Warns Bulldog Not To Talk About The Beef Between Eno And Medikal

“I have never met you before, but I want you to know you are talented, okay? Guys, let’s support his album @Fameye …You win ,I win ❤️❤️🇬🇭🇬🇭,” Shatta Wale tweeted.

Well, Fameye has reacted to Satta Wale’s complimentary post and has thanked him profusely for the gesture. He also revealed that he had personally paid homage to him on Track 12 of the yet-to-be-released album.

“Father, Truuustt blessings from the most high. I super appreciate it’s a wonderful tweet & I love it. Track 12: There is a line in there for you. Mogya,” Fameye replied.

Take a look at a screenshot of his post;