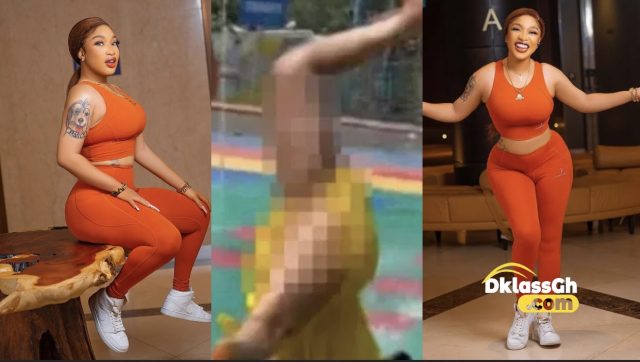 Tonto Dikeh, a Nollywood actress, has gone viral after performing a weird and revealing prank for the public.

A mother of one decided to do a strange somersault while having fun with her son and other youngsters at a recreational facility, causing quite a stir in the comment section of the video she posted.

Tonto Dikeh revealed a part of his body that appeared to be unsuitable for public view while doing the act.

In Other news, In an interview with Trevor Noah, the South African comedian, television host, actor, and political commentator, Nigerian afrobeat star, Damini Ebunoluwa Ogulu, known professionally as Burna Boy, asked why he is offered no drink when he goes for an interview abroad.

The presenter of the show apologized and asked Burna Boy which drinks he would like to have, but he said he didn’t want to advertise for any company, so any drink would be OK.

READ ALSO 👉  Actress, Tonto Dikeh calls out witches after having a ‘disrespectful dream’