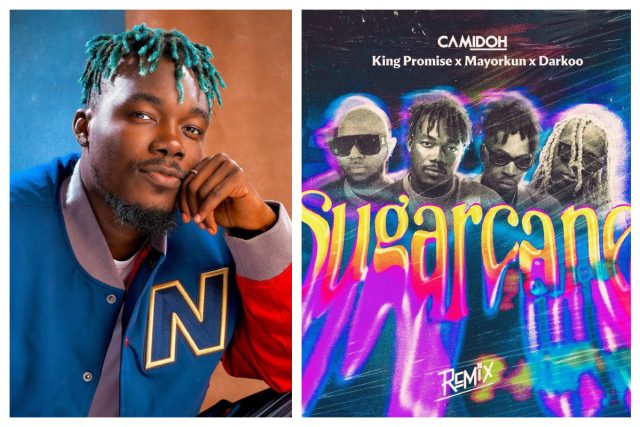 Camidoh, the award-winning singer and entertainer, blessed the airways with the remix of his smash tune “Sugarcane” with aid from his Ghanaian brother, King Promise, as well as Nigeira’s Mayorkun and Darkoo.

‘Sugarcane Remix,’ which was published on Friday, April 8, 2022, was enthusiastically received by his fans and music lovers all across the world. On Audiomack and Boomplay, the song has had over 3 million and 4 million plays, respectively.

‘Sugarcane Remix’ which was released on on Friday, April 8, 2022 has been well accepted among his fans as well as music enthusiast across the globe. The tune has surpassed over 3 million and 4 million on Audiomack and Boomplay respectively.

Meanwhile; Jonathan’s hitmaker, AK Songstress, has stated that she is the only one in Ghana who makes true Dancehall, implying that what Shatta Wale, Stonebwoy, Jupitar, and Epixode have been doing does not qualify as such.

On the Delay Show, presented by Deloris Frimpong Manso, AK, who is becoming more of a singer and departing from her speciality as a Dancehall musician, made this contentious comment.

“In the past 5 months, I’ve released two hit songs across the globe. I always say if songs are supposed to get to this roof, my songs have been at the light’s level. So I have not been too down because I have a lot of fans. But then I was waiting for that major breakthrough.”