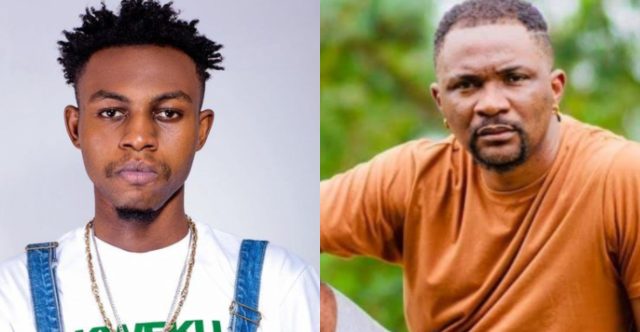 Mr Logic believes that the Kumerica craze will fade away as Kweku Flick’s career progresses. Kweku Felick, on the other hand, regarded him as “a disillusioned musician.”

When Zion Felix was interviewing Kweku Flick, he brought up Mr Logics’ claims. However, until he was shown a photograph, Kweku Flick had never heard of Mr Logic or the ‘offensive’ words.

“A dissatisfied musician?” Kweku Flick remarked in response to the host’s description of Mr Logic as a musician. Was he like that before? He was a disappointed musician because he couldn’t do it.”

Mr Logic’s predictions were dismissed by Kweku Flick in response to the circumstance. Mr Logic argued that he had no control over his fate. He also exhibited his clairvoyance in dreams.

“He’s not God. It’s only God who can say that because of the things I’ve heard, seen and gone through, I know where I’m headed to. I dream a lot, and whatever I dream about comes to pass.

“When I had a dream about Kuami Eugene, I hadn’t even met him. I wasn’t even a singer then. “I have seen a lot of things, and a lot of things are happening. What I have seen in the future and someone saying we won’t reach anywhere, I won’t bother myself,” Kweku Flick said.