Home ENTERTAINMENT NEWS “Women Are The Backbone Of Society, I Love And Appreciate Them”- Kidi 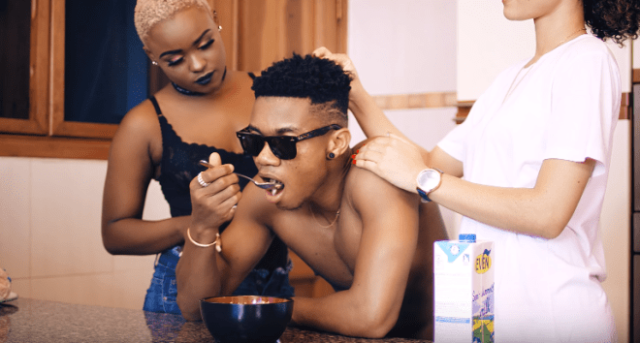 In an interview, KiDi ‘De Girl Dem Sugar’ explained why he loves and appreciates women in most of his songs and performances.

During an interview on Okay FM with the ace presenter, Abeiku Aggrey Santana on the Ekwasodwodwo show, Kidi while explaining his seductive performance at the VGMAs stated that the idea was suggested by Charterhouse and his team.

He said that he had reservations about the song they recommended, but that his team and the award show’s organizers backed the song and the type of performance he should deliver on stage, thus he had no right to refuse.

The ‘Touch It’ hitmaker also stated that his songs and performances have always been about women since he admires and respects them as the backbone of society.

However, Kidi also mentioned that he has never been enticed by the seduction of his female dancers when he is performing because he is a professional and always puts his work first before any other thing.