Home ENTERTAINMENT NEWS “I Dare You To Come Out And Swear On Your Lives That... 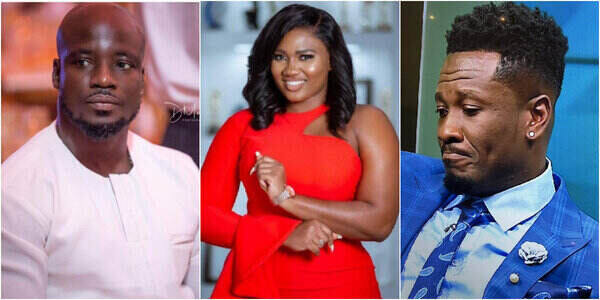 Nana Abena Korkor had a wild week on the internet after going crazy on her social media page and posting X-rated materials.

On Tuesday, the mental health activist and socialite posted a naked snap of her groin region showing her neatly and closely shaved coochie to the entire world for the first time in the history of her craziness.

In an interview with Zionfelix, Abena Korkor Addo dared all her “choppers” she once mentioned their names on social media.

According to her, she is not as dangerous as most people believe, and only males with bad intentions for her are frightened to approach her because they know she would expose them.

She told Zionfelix on the Uncut show that she keeps no secrets with regard to relationships and intimacy, hence any man who approaches her with an intention to be with her should bear in mind that she would come out and spill the beans.

However, Abena Korkor also stated that she would never make false claims against someone, hence all of her statements were true.

She also confronted her victims, alleging that most of her accusations were made up, and urging them to come forward and swear on their life if her claims against them were untrue.

Speaking on why she hasn’t been sued yet, Abena Korkor stated that most of her victims are well-known personalities who are familiar with the laws of the land, so if they believe she has defamed them, they could have sued her when she revealed those secrets, but none of them have been able to do so, implying she never lied.