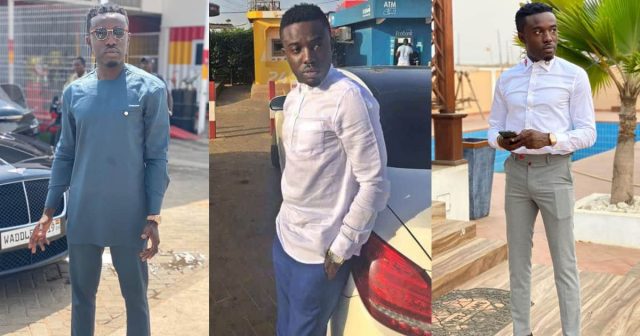 Criss Waddle, a Ghanaian rapper and CEO of Arab Money Gang Business, has explained the main idea behind the establishment of his record label.

Criss Waddle revealed in an interview with Fiifi Pratt on Kingdom FM that his record label is made up of friends who have grown to be family and are useful to each other in all they do.

He said that he founded the group out of friendship, but he understood that the relationship had to benefit all members of the crew, so he went into music and urged others to join, and they poured their weight behind each other.

As previously stated, the AMG Business record label has nurtured top music performers such as AMG Medikal, AMG Armani, Showboy, Okese1, and other outstanding stars. Criss Waddle is the driving force behind the record label.

In other news, Swedru superstar, Patapaa has accused blogger Zionfelix of sabotaging his marriage to Liha Miller, his German wife.

According to information on a leaked conversation which was allegedly posted by Pataapa, Zionfelix turned his wife Liha Miller against him.