Home ENTERTAINMENT NEWS ‘Meet me at Accra Mall and let’s settle it once and for... 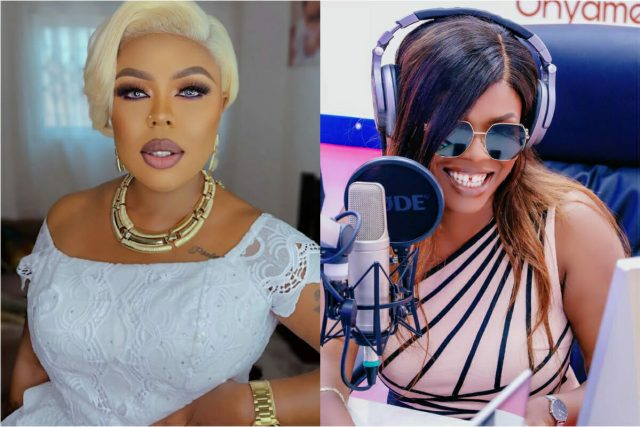 Afia Schwarzenegger, a controversial loudmouth socialite, has responded to Delay’s vow to confront her in person to settle their 12-year feud once and for all.

In a recent video, Delay challenged Afia Schwarzenegger to meet and fight to put a stop to their rivalry, prompting Afia Schwar to respond in kind.

Delay and her former buddy have been teasing each other since they parted ways after participating in the hit television show ‘Afia Schwarzenegger.’

For over 12 years, the banter had been limited to shades and counter shades until last week, when it reached a climax with the two ready to fight in a fistfight.

Reacting to Delay’s threat, Afia Schwarzenegger has mentioned in a new video that she grew up as a notorious fighter in Kumasi and asked Delay to go to Kumasi and ask about her fighting history before she dares to fight her physically.

She is a very violent person, according to Afia Schwar, who works in real estate and deals with land guards, adding that Delay should meet her at Accra Mall to square off.

Below is a video;