Home ENTERTAINMENT NEWS Video of Afia heavily drunk and being thrown out of a bar... 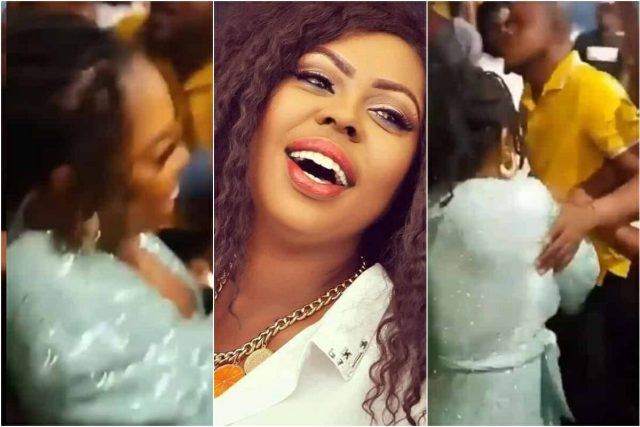 Finally, a video of Afia Schwarzenegger, who was very inebriated and could barely stand on her unsteady legs, went viral.

Afia was arrested a few days ago, according to Dklassgh.com, when she refused to pay for pricey beverages at Honeysuckle Pub and Restaurant in Airport.

Nana Tornado, one of Afia’s most ferocious foes, revealed this knowledge as well as the clip.

A video of the events leading up to her memorable arrest has been posted online as an update.

Two young men per the content of the video were seen heckling the loudmouthed actress and celebrity after she got drunk and refused to pay her bill.

The venue’s management was obliged to call the cops on Afia Schwarzenegger, who was dragged to the Airport Police Station, according to the story. “So they transport me to the airport police station,” said one eyewitness.

Meanwhile, Afia has stated that anyone can make fun of her based on the film because she is unconcerned by the situation.