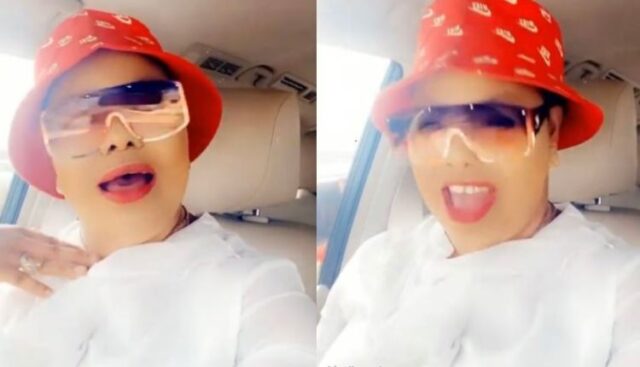 Don’t be f00led into thinking that Evangelist Patricia Oduro Koranteng, also known as Nana Agraada, will spare anyone who takes her for granted simply because she is Christian.

Nana Agradaa has sent some advice to Ghanaians and according to her ough she’s not into idolatry, her attitude as a person hasn’t changed in any way, adding that she’s the old Agraada we all knew.

During a Facebook live broadcast on Sunday, the self-proclaimed born-again Christian stated that she would not remain silent while her enemies walked out on her.

She went on to say that Ghanaians expected her to stay sober just because she had turned a new leaf, but that was not going to happen because her mentality had not altered in the least.

Nana Agraada went on to declare that anyone looking for problems should do so at their own peril because she’s willing to lay the bible aside and fight her foes head-on.

She made this disclosure while telling Mona Gucci and her Bribi GyeGye Wo show pundits never to try to insult her when discussing her issues on board.