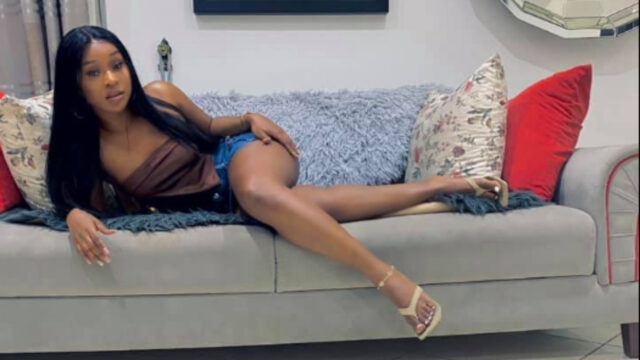 Andrea Owusu, also known as Efia Odo, has been answering questions about her media persona on Twitter.

Efia Odo began a Twitter Q&A session with her fans on June 26th with the query“The shit I hear about myself is crazy. What’s the craziest thing you’ve heard about me ? I would love to hear this,”.

Many of her fans were interested in s£x, so she answered their questions.

She remarked, in response to accusations that she charged 1,500 Ghana cedis for s£x two years ago, “If I ever charge for sex, I’ll charge more than $10k.”

READ ALSO 👉  "Efia Odo And I Are Very Good Friends, Everything Else About Us Are Rumours' - Kwesi Arthur

“They said you slept with Shatta Wale, but I don’t believe it,” another Twitter user inquired. “Is it true?” she asked, to which she answered, “False.” I’m more attracted to males than to women. Charles was another of my close friends.”