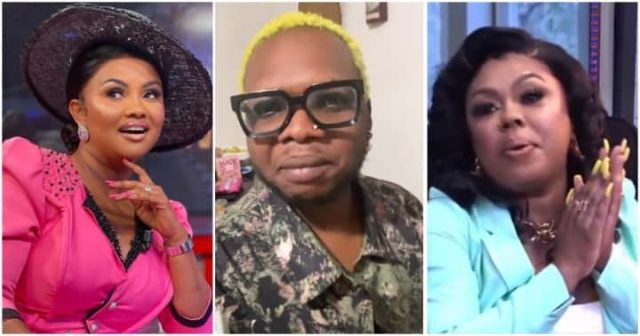 The United Television Showbiz entertainment program, which airs at 9 p.m. on Saturdays, had another entertaining edition yesternight before.

That country’s difficulties and its impending IMF bailout were prominent topics of discussion throughout their remarks.

It’s according to Afia’s accusations during the scuffle with Delay, While talking about her past relationship with chairman Wontumi, she made some unflattering remarks about some of the things that transpired on one of their dates.

Anger boiled over when Afia was questioned about her dispute with Chairman Wontumi on the program, and she “spilt out” several expletives that made the audience laugh.

Nana Tornado, who was unhappy with Afia’s handling of the situation, has come out with unprinted words to chastise the show’s producer, presenter, and other panellists for allowing Afia to be on the program.