Home ENTERTAINMENT NEWS I Never Destroyed Akua GMB’s Marriage, She Confessed To Her Husband She... 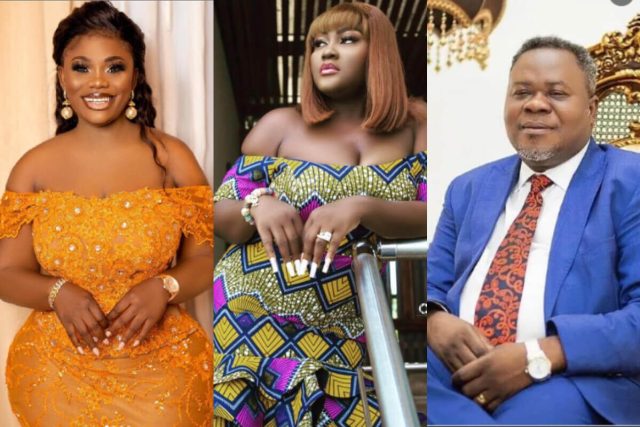 It appears that the controversy that led to Sally Akua Amoakoah’s marriage breaking up is still going on because it has reappeared in the media.

Recall that one of the most talked-about subjects in Ghana at the time was the dissolution of Akua and Dr. Kwaku Oteng’s marriage. It was said that Tracey Boakye had betrayed her friend Akua by informing her husband that she was having an affair.

Akua GMB, who used to be her close friend before her marriage fell apart, was accused of being made fun of by AJ Poundz during the argument. The media celebrity, however, has come forward to dispel the rumors and to clarify the air.

During the interview with Delay, AJ Poundz explained that she did not mock her former friend or the collapse of her marriage. According to AJ Poundz, she never collected any money from Dr. Kweku Oteng just to paint her friend black.

But her friend Akua GMB was the one who confessed to her husband that she was seeing someone else. AJ Poundz further added that the collapse of Akua’s marriage was no one’s fault but hers.

I Never Destroyed Akua GMB’s Marriage, She Confessed To Her Husband She Was Seeing Someone – AJ Poundz