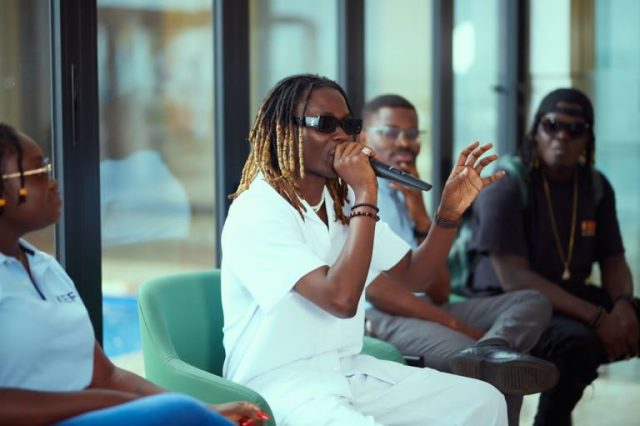 Kefa Entertainment has officially outdoored their newly signed Artiste, BlackT Igwe, as a press soirée in Togo over the weekend.

Held at Hotel IOKA in Togo, the ceremony pulled together dozens of press men and women from Togo at the official unveiling.

BlackT Igwe, a thoroughbred Ghanaian who has spent most of his early years in Togo was able to hone his craft within the space to higher heights from winning their topmost and most prestigious awards to playing their biggest shows over a decade and more.

Already, Kefa Entertainment has been doing a lot of work for the Togo-based Ghanaian superstar, notable among them is his collaboration with Bisa KDei with an official video shot for that project creeping over 270,000 YouTube views among other key moves to sustain the brand of this stupendous talent, BlackT Igwe.

BlackT Igwe, born as Eric Otu got into creating music in the early 2000s and through the years has inked his name as one of the big artistes in Togo, and arguably the biggest Ghanaian Musician resident in Togo.

Apart from recording music, BlackT Igwe multitasks as a Music Producer/Beat Maker. He is into full Music Production and plays beats, does mixing and mastering too; a solid added advantage for him. He majors in Afrobeats/Afropop, RnB, with heavy use of Francophone. He is quite a versatile artiste who fits in many styles with0 lyrics and melodies coming to him effortlessly.

“My style of music is influenced by passion, it’s a gift I got from God”, BlackT Igwe says.

2018 – National Tour For The Independence of Togo

Below are his social media connects: