Home ENTERTAINMENT NEWS “I Have Enhanced My Body Shape And I’m Proud Of It”-Singer, Fantana... 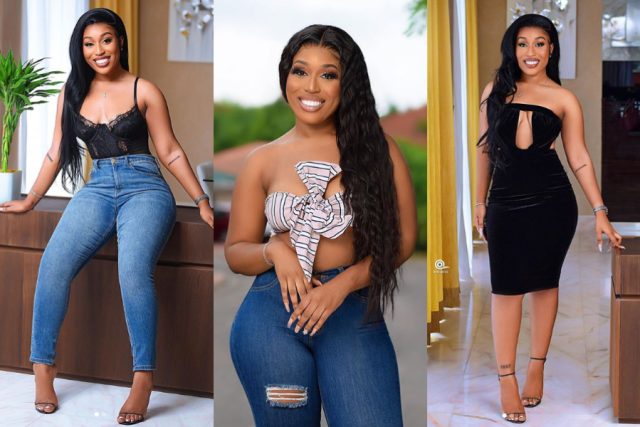 Popular Ghanaian singer Francine Kouffie, often known as Fantana, has acknowledged getting liposuction to improve the contour of her body.

Fantana stated during an interview with lifestyle & celebrity blogger Zionfelix on his Uncut Show that she had plastic surgery to improve her form, which is why she has been accused of having a newly acquired enormous behind in social media rumours.

She claims that she doesn’t feel guilty about changing the way her body looks since she felt she had to do it because she was unhappy with the way it looked before. Since she had the means to make the change, she never hesitated to start the process.

She said that many female celebrities have deceived the public by saying they have never had liposuction to improve their bodies and that they instead got their forms through working out regularly and eating healthily.

“There’s nothing wrong with it. Some people do it and say they have not done it which is misleading people because they act like they wear waist trainers or they hit the gym which is not true but a lot of young guys follow me and I wouldn’t like to mislead them”, Fantana said.

She continued by saying that even though she had a nearly ideal figure, she still wished to appear more self-assured and appealing to her fans since as a musician, she would draw attention wherever she went.