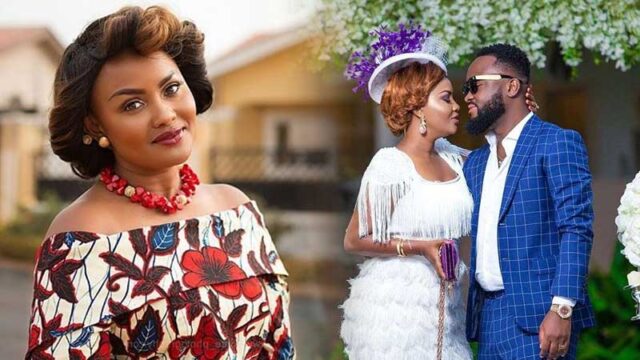 It has come to light that television host Nana Ama McBrown does not allow any of her maids to cook for her husband. This was revealed by entertainment pundit Sally Man.

Sally Man praised Nana Ama McBrown for being a wonderful wife and for respecting her husband, Maxwell Mensah, and praised her for her work as a television presenter and actress.

According to the pundit who is also the former aide of Nana Ama McBrown, ars he worked with the actress, there has been no day she has allowed her maid to cook for her husband. She also disclosed that she has not disrespected her husband, adding that her husband Maxwell loves her too.

“There is nothing not to love about Nana Ama McBrown. It will be hard for any man who dates her to call for a breakup. I am a personal witness to it. She is not like those women who look down on their husbands due to their celebrity status. Nana Ama McBrown personally cooks for her husband, she serves her husband. She will wake up at dawn to serve her husband and couldn’t complain,” Sally stated on TV XYZ’s Power Entertainment.

“Every man she ever dated went crazy over this trait. No wonder Maxwell placed that call to Tornado. His move has ‘shut up’ critics…Nana Ama is a definition of a good woman. She slays on social media and still treats her husband right,” he said.