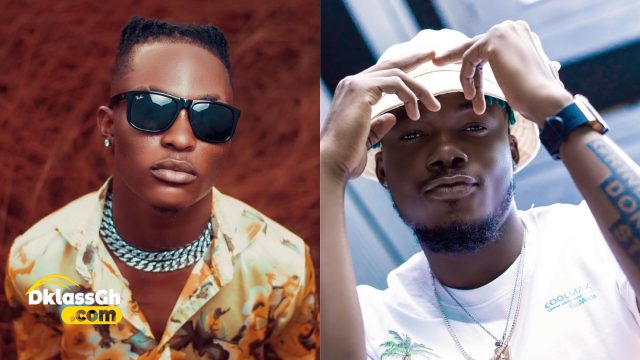 Fans will never stop making comparisons. Flourishing versatile act Skannah signed to Liquid Zero Records has been a subject of discussion ever since he released his newest afrobeat single – No Lust.

It’s been barely a week, and music lovers have started measuring ‘No Lust’ to Camidoh’s ‘Kaba’.

Even though they are two different songs, it’s easy to spot certain similarities in terms of the beat and storyline. Listen to it and make the analogy yourself.

It’s a big deal for Skannah to be compared to Camidoh because currently, he is one of the biggest acts in Ghana after he dropped ‘Sugarcane Remix‘ with featured acts on it. To be a great artist means you’re either the best or have been compared with the best.

For the fans to collectively compare fast-rising act Skannah to one of the best vocal, songwriter, and melodic gems in the Ghana music industry in the name of Camidoh speaks volumes and goes a long way to signal to the public how exceptional this talent is.

In contrast, ‘No Lust’ opens up about his genuine intention as a responsible man in a relationship with a woman he rates as a marriage material rather than a sex toy. Per the lyrics, Skannah as an artist is not the hit-and-run type of guy; he hits and stays for the right reasons.

That’s all ‘No Lust’ is about. Whether he’s spewing the facts of his life or he’s just trying to hide behind his artistry to paint a certain picture in the mind’s eye of the general public is a subject for another discussion.

The lyrics video has amassed over 10k views in 5 days. Camidoh’s ‘Kaba’ on the other end is another beautiful high-life jam that equally talks about love and having a good intention for his lover with over 105k + views in 2 weeks.

Now, the question is, since Camidoh was the one to first release his song, would Skannah admit he tapped inspiration from him? Skannah is slowly and calculatedly charting his own path in the music industry.