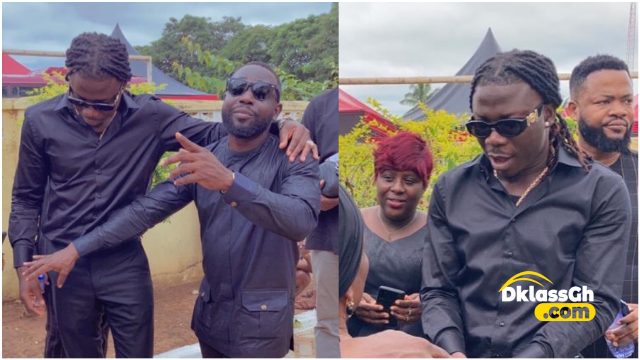 A prophecy by a man of God into the life of Stonebwoy became a reality and materialized into full force.

The prophecy was said on Stonebwoy’s music career with focus on the world hearing of him years after.

The said incident happened in 2008.

However at a recent funeral of Dr. Paul Dagbui – owner of St Paul Clinic in AKATSI, musician Pounds, a childhood friend of Stonebwoy reminded him of the prophecy.

PoundS who was with Stonebwoy when the prophecy occurred reminded him of the incident and recounted how it has become top reality over the period.

They both expressed excitement over the past incident and how it has seen into force on the global market.