According to artist manager Bullgod, if elections had been held this past Saturday, Nana Akufo-Addo, the president of Ghana, would have lost.

The booing the Ghanaian president received at some point during his speech at Saturday night’s Global Citizen Festival, according to Bullgod, a special guest on Accra’s Hitz FM on September 26, 2022, were more than sufficient of an indication.

“Look, what happened that day, if we were going to the ballot box that day he would lose. Trust,” he declared.

Earlier, he opined the Ghanaian leader was at the wrong place when he came to address the audience and thus was booed.

“That environment is not for him,” he shared before expatiating on why, in his view, Mr Akufo-Addo was booed.

He gave the impression the 13th President of Ghana had failed his people and not shown empathy for their hardship.

READ ALSO 👉  “Akufo Addo’s Government Can Only Boast Of Free SHS, Nothing Else”- Nana Romeo Lashes Out [Video]

“If you are leading a people, you need to listen to them. You need to feel what they feel. You need to make their lives better. That’s why we elect leaders,” he said.

“So if you’re in leadership and your followership is not in the right space, the right frame of mind, conditions are harsh, chale, what do you expect them to do? This is the only way [they could register their displeasure],” he stressed.

Bullgod, an authority on the entertainment sector, also said that the bulk of the attendees at the 2022 Global Citizen Festival booed President Akufo-Addo.

He was questioned about this by the Andy Dosty-led Daybreak Hitz team, but he resisted, subsequently emphasizing that the intended audience was young people, not a political mob.

READ ALSO 👉  I’m not ready to be Dep Min. of Creative Arts - Edem

And you can see where this country is going if these young people are exposed to it or if they copy it.

The main objective of the program is to lessen severe poverty and inequality by influencing legislation, increasing awareness, and inspiring action. 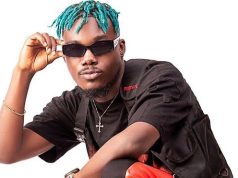