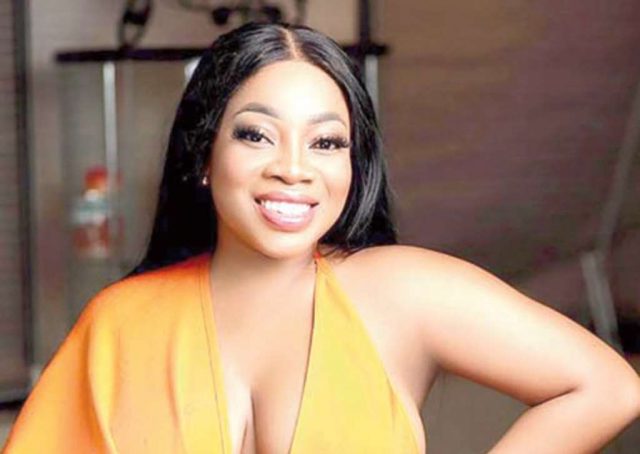 Moesha Bibinoti Boduong, a well-known Ghanaian socialite, has gotten a lot of people talking after a new video of her twerking surfaced online.

Moesha appears to have taken a break from her new faith, as she makes a big comeback on social media with a controversial video.

This video of Moesha whining and twerking comes just a few days after a voice note from the socialite surfaced on social media, announcing her massive return to social media.

Moesha says in an audio clip released to the public that she will return to social media and make every woman on the planet envious. She also hinted that the new Moesha will be unlike the one Ghanaians are accustomed to.

Her new video has received a lot of attention from social media users.

Read some comments below…

@J_Blaq: Kristosum didn’t work for her so she is back to her daily routine 😂

@peprah Bernice: Lol u won’t look for God again right hmm I pray your madness won’t come again hmm people won’t learn and take Jesus seriously until they down give your life to Christ sister before its too late la

READ ALSO 👉  Moesha Boduong Reveals She Is Getting Married Soon