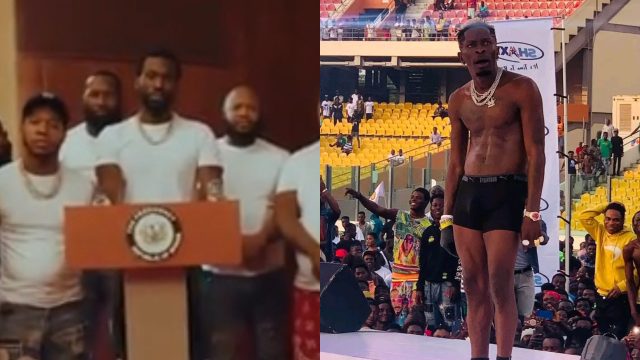 Meek Mill, the well-known American rapper, announced the upcoming release of a new song in a late-night Instagram post on January 8, 2023.

It appears that some of the aforementioned videos were taken in and around the Jubilee House during his stay.

The Ghanaian president’s office has many locations where Meek Mill can be seen rapping, including the façade, key hallways, the main conference room (at one time sitting behind the president’s podium), and a sitting area.

Many Ghanaians backlash the presidency for not giving the office the result it deserves, but Ghanaian dancehall musician Charles Nii Armah Mensah, better known as Shatta Wale, thinks Meek Mill did nothing wrong because it was his year of return and he returned to shoot a video at home, so why bore him? He concludes his tweet by calling everyone who is insulting Mee Mill Jon.

In his tweets, the self-acclaimed dancehall king wrote:

You wan go america go take pictures for White House , You say “year of return “ and your own black brother come shoot video as he return home you bore .. You are a villager trust me !!! JJC —Jon’s