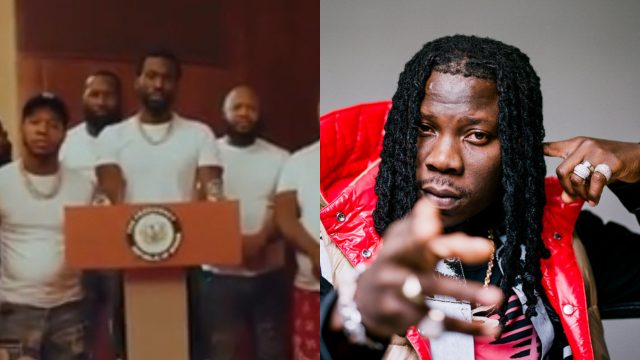 We are in the first half of the day, but the day seems to be a long day for President Akufo Addo and the staff of the Jubilee House. Online, netizens have attacked the presidency for allowing American rapper Meek Mill to shoot a video in the Jubilee House.

Many people are pissed because even the US Embassy in Ghana does not allow people to take pictures at the embassy, but there have been some foot soldiers of the NPP who are trying their best to support the government for encouraging such a disgraceful act.

According to those blaming the “bawasaba” hitmaker, they think he should have known better and not responded to the video.