Home ENTERTAINMENT NEWS No One Is As Exceptional As Sarkodie – Anne Sophie Ave Tells... 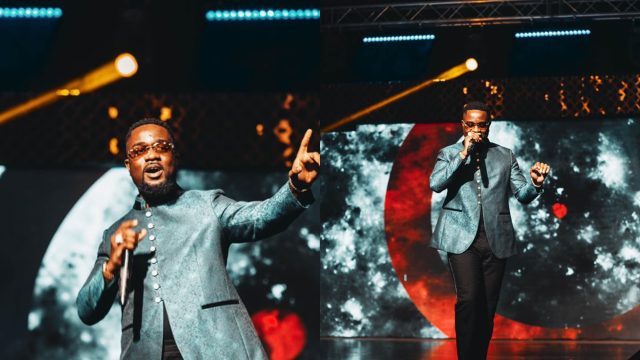 Anne Sophie Ave, the former French ambassador to Ghana, supports Ghanaian rapper Michael Owusu Addo, better known as Sarkodie, in his assertion that he is the unquestioned expert in his profession.

Earlier, on January 8, 2023, the Ghanaian rapper posted in a tweet addressed to his critics:

READ ALSO 👉  Sarkodie snubs Ace Hood's tweet about him being a liar, ask fans to get ready for his virtual concert (screenshot)

His message, which has already received more than 500 responses and 300,000 views, has sparked a huge response, including criticism from some Twitter users.

Between his fans and those who think he overstepped the mark with his choice of words, Sarkodie’s speech has sparked a contentious discussion.

However, after seeing Sarkodie’s post, the former French ambassador reaffirmed that the rapper is the finest in his field.

She commented under Sarkodie’s tweet; “Personne n’est aussi exceptionnel que toi indeed,” which translates to “No one is as exceptional as you indeed.”