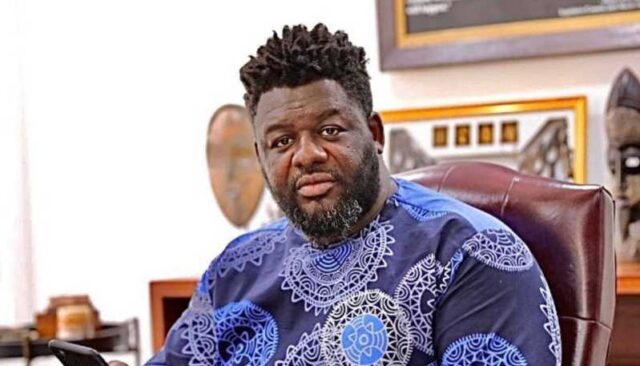 In response to his comments on television that President Akufo-Addo will not complete his second term if he does not pay Menzgold consumers, artist manager Lawrence Nana Asiamah Hanson, alias Bullgod, has been fined GH48,000 by the Accra Circuit Court.

He will serve 40 days in jail if the fee is not paid, according to a GraphicOnline.com story.

When speaking on UTV’s United Showbiz on January 9, 2021, Nana Asiamah Hanson stated that President Nana Addo Dankwa Akufo-Addo would not serve out his whole four-year term if the firm’s disgruntled clients did not receive their locked-up monies.

READ ALSO 👉  "Bulldog Is Still A Dog, He Can't Be God" - Afia Schwar Afia Schwarzenegger Chasties Bulldog For Changing His Name To 'Bullgod'

Bullgod also criticized the notion that citizens cannot hold the government accountable for the inconveniences they experience since they invested at their own risk.

“If we don’t get our money back, Nana Addo will run and finish his four years early.” I will inform you. He’s not going to serve his four years, the bulldog declared angrily.

He demonstrated that his worries were caused by the fact that he was a victim, not because he was originally employed by Zylofon Media, one of the businesses controlled by Menzgold head Nana Appiah Mensah (NAM1).

Following his remark, the manager of the performing artist was sued for engaging in obnoxious behavior that contributed to a breach of the peace.