Home ENTERTAINMENT NEWS I Have Been Stopped From Serving In My P*nis-Shaped Pot At My... 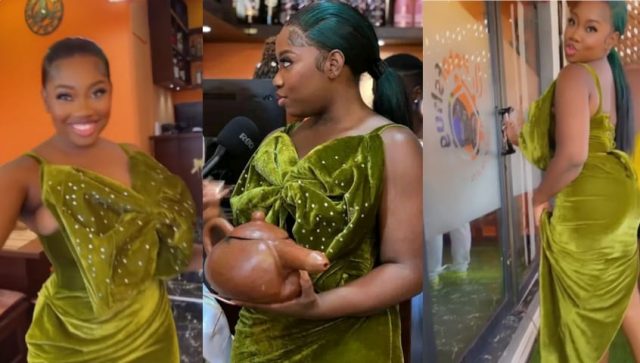 Shugatiti, the socialist from Ghana, has described the difficulties she has had dealing with government organizations ever since she started a restaurant in Accra.

The owner of the restaurant known for serving meals in clay pots molded after male genitalia has claimed that the Ghana Tourism Authority has sent her a letter requesting that she stop using the pots.

The authorities claim that her space is not suitable for kids.

“I received a letter from the Ghana Tourism Authority telling me not to use my penis-shaped pot. They stated that kids shouldn’t use it. As a result, we no longer serve in such pots. I’ve been bothered by government authorities ever since I began my store. If you’re weak, you can’t run a business in Ghana.