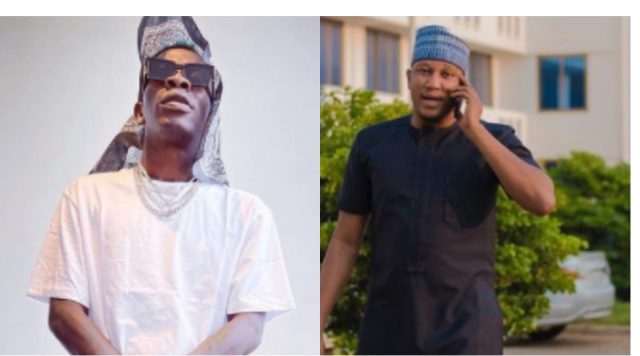 Shatta Wale has been slammed by former 3Music Network CEO Baba Sadiq for his remarks made during the Meek Mill controversy.

All of the people who have condemned the American rapper and President Nana Addo Dankwa Akufo-Addo are “villagers,” according to Shatta Wale.

All of the critics of the American rapper and President Nana Addo Dankwa Akufo-Addo were referred to as “villagers” by Shatta Wale.

“Personas like Shatta Wale always use situations to spread their stupidity.” We sit down in this nation, and you say, “What?” as a foreign rapper is permitted to insult the president and the foundation of our statehood? The presidency is where the executive branch of government resides. That is where power is used, so why do you let anyone in by simply walking in? They release that disgusting song, which contains explicit sexual violence, and Shatta Wale asks, “What?”

“If the claim is that these individuals are boosting tourism, weren’t the performances that Ghanaian artists arranged in December intended to encourage tourism?” In an interview with Accra FM, he said, “Wouldn’t that be great if these Ghanaian artists, including Shatta Wale, were even hosted in the Jubilee House and slapped on the back or even given incentives for doing a good job?”

READ ALSO 👉  Shatta Wale Keeps Winning!|Check out his awards so far in 2016