Home ENTERTAINMENT NEWS I Was A Notorious Street Boy, Had Gun For Protection – Dr.... 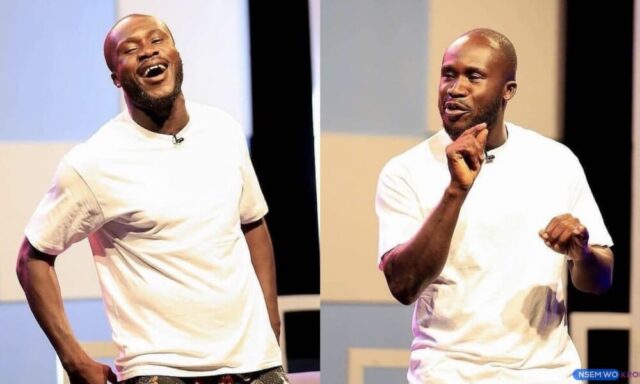 Ebenezer Akwasi Antwi, the comedy actor from Ghana better known by his stage name of Dr. Likee (formerly Ras Nene), has warned parents and guardians against sending their kids on errands to buy them cigarettes and hard narcotics.

An action by his uncle led the actor, who was exposed to smoking at the age of 18, into an addiction that almost destroyed his promising future.

Dr. Likee described his early years at Kumasi Magazine and how he first tried smoking cigarettes and marijuana while on the Delay Show.

If I hadn’t moved in with him, I would not have learned how to smoke. Occasionally, after he had finished smoking, I would dig up the final piece and conceal it before smoking it. Later, when I met another obstinate child like myself, he introduced me to marijuana use. “I could speak over seven languages at the time,” he admitted.

Dr. Likee claims that when his mother in Tafo Zongo learned about his irresponsible lifestyle, she was disappointed.

She tried everything to get his young kid to leave the situation, but it was ineffective because he had gotten into bad company.

He continued, “My mother cautioned and counseled me to stop smoking numerous times, but I never heeded her.”

The actor, who is now sober, disclosed that he used to sell heavy narcotics at Tafo as a “street uncle.” He claimed that going to jail improved the quality of his life.

Despite never firing, I have fired warning shots.