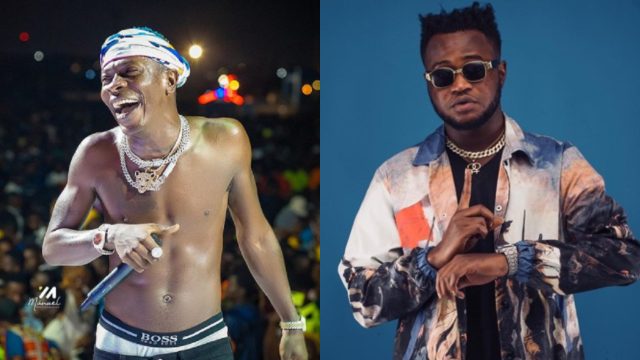 Nautyca spoke about what transpired during the Music Is My Life Concert, which was held on Friday, December 23, 2022, and was organized by Tema-based record company Mimlife, in an interview on Accra 100.5 FM’s Entertainment Capital, presented by Nana Romeo.

He said that despite being harmed, he complied and knelt down. However, he overheard Shatta Wale on stage calling him rude and an idiot who tried to ruin the joy while he was in his car with his team.

In response, Nautyca stated candidly in the exclusive Class Media Group (CMG) interview that he has no beef with Shatta Wale and is thus unaware of the circumstances surrounding the incident.

Additionally, he described attempts made by members of the reggae/dancehall star’s crew to hurt and trap him. He referenced the incident with Kweku Smoke, a rapper. He brought up threats from unknown parties sent via text message.

He was questioned about if the taunts and threats could have been motivated by his friendship with Michy, Shatta Wale’s ex-fiance.

Nautyca said that Shatta Wale could jokingly write about Michy on social media and praise her because he is now working, “rolling with Michy and producing music.”

“So the direction this is going, I think, is even in his favor, or it’s for him,” he added. “Since I started walking with her [Michy], I have never said anything bad about Shatta, and I even tell her that we need to have a song with Shatta.”