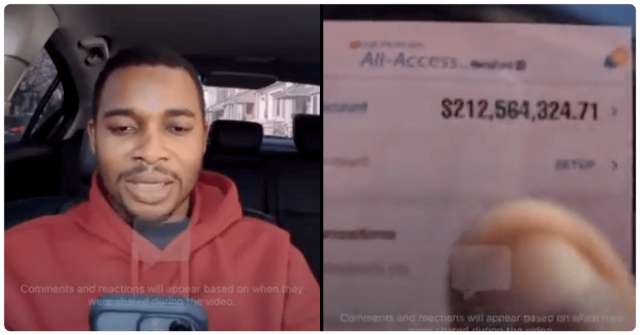 US-based Ghanaian socialite Twene Jonas has revealed his earnings and savings throughout the years.

The obnoxious influencer claimed to have saved $200 million while working in the United States of America.

Twene Jonas demonstrated his bank account balance in a video he posted online, not just boasting about it but also providing evidence.

The average Ghanaians, who are typically angered by his outbursts and frequently criticize him, are much above him, according to Twene Jonas’ assertion that his net worth positions him. The amount in Twene Jonas’ bank account, which he disclosed, was $212,564,324.71.