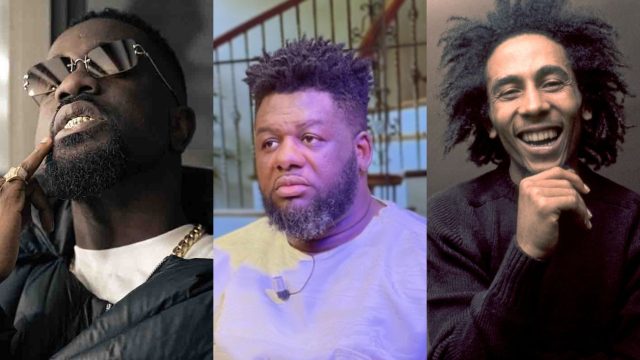 Bulldog, the artist’s manager, has responded to Sarkodie’s appearance on the “Stir It Up” remix by late reggae legend Bob Marley.

According to the management of the former Shatta Wale, the partnership is the greatest opportunity an artist would ever have.

The sort of cooperation that might be more significant than what Sarkodie has secured will be with the late 2Pac and Michael Jackson, according to Bulldog, who spoke on Accra-based Hitz FM’s Daybreak Hitz.

READ ALSO 👉  Bulldog Shows Off The Fish He Draws At Meetings, As Claimed By Shatta Wale

He claimed that no current musician could match the late Jamaican singer Bob Marley’s achievements.

“Sarkodie and Bob Marley’s collaboration is legendary. This is the best. Unless Sark returns to the Michael Jacksons and the 2PACs, “No living soul, including JAY-Z or Beyonce, comes close,” Bulldog said.

The late great Bob Marley’s crew gave the Ghanaian music mogul a record-breaking performance. On the updated version of the reggae legend’s “Stir It”, the most decorated African rapper was featured.

Bob Marley and the Wailers created the original music for the upcoming remix in 1973, and it is still current today. Sarkodie has added another significant victory to his resume with the feature.